“The experience of the feminine is the psychological key to both the sickness of our time and its healing.”

TRIGGER WARNING: This post will cover some areas of sexual harassment and sexual violence which some may find uncomfortable. Also, I am going to generalize a bit in this post. In addressing the issue of sexual harassment, and its ugly sibling, sexual violence, I will focus here on straight men. This admittedly narrow focus is due to two things: the space limitations of a blog post, and my greater familiarity with this aspect of a larger topic. Perhaps future posts will expand into other areas, and certainly the comments section is open to all.

Sexual harassment and sexual violence are not the only problems in the world, but they are among the most pervasive. They exist among people who do not know each other (LINK) and within long-term relationships (LINK). It is said that up to 80% of women in the US have experienced sexual harassment (LINK). Far too many women have been abused emotionally, physically, and sexually as children and/or adolescents. Many experience sexual violence as adults. While I have not had this conversation with every woman who I know, every woman I have talked about this with has told me that she has faced harassment and/or sexual violence.

“The more a man swaggers, the more insecure he is in his own masculine nature.”

As we look at the news, or listen to the neighborhood gossip, we hear the stories. Men in power make the news when exposed, others become part of a more localized conversation. And much of this activity exists with a conspiracy of silence until someone speaks up. The need for greater Emotional Intelligence (LINK) in men could not be more obvious.

The way that we acculturate men in our society, to have no sense of the Divine Feminine (LINK), leads to great harm for most, if not all women. We are born with a sex drive, the healthy need to reproduce and to experience pleasure. Sex can be a powerful way to express love, to truly connect with another human being at depth beyond words. When combined with an immature or unhealthy emotional self, the sex drive can be transmuted into a drive for power and domination (LINK). It also becomes a way to express our repressed energies, which may include self-loathing, in such a way that our sexual behavior becomes demeaning and harmful. Sexual violence, and most sexual harassment is more about power than pleasure, more about the projection of an inner sense of self-hatred than about a desire to truly connect with another.

“How we diminished her and in turn ourselves. Turned parts of her body into heavy burdens to carry. Watching. Tittering (we no longer laughed, from then on it was tittering). Commenting. Losing our composure. Falling in love, developing obsessions, and growing resentful when our shallow affections were ignored.”

Probably the major influence in my sexual development was the recently deceased Hugh Hefner, publisher of Playboy Magazine. I sought an outlet for my newly emerging adolescent urges and desires, one that was generally denied to me in my Catholic school and home, and found it in Playboy – which I usually had to steal to look at (although my uncle had a cache in his basement that I could peruse when we visited them and the parents were playing cards upstairs). Sex and women who wanted to have sex were portrayed as part of a sophisticated lifestyle which included the latest stereo equipment, a good wardrobe, a bachelor pad, and a sports car. There was even a joke –

“What is Playboy for married men?”

“Every month, the same centerfold.”

Of course, there were a thousand other influences – the rocky, if standard for the era, marriage of my parents; the implied (in my day) sexuality of Madison Avenue’s advertisements; the admonitions that I heard in school, in church, and from the occasional relative; and the mostly uninformed information that I received from my clueless peers.

It was very easy to objectify women – everyone seemed to be doing it. And from what I could see at the time with my limited understanding, women seemed to be mostly willing participants (not in having sex necessarily, but in trying to be attractive and to look sexy). They were often judged by men according their willingness to take harassment and objectification in good humor. The raging hormones of youth and early adulthood added to the tension. The results of this kind of acculturation:

“The solution to online harassment is simple: women should log off.”

When it was revealed that our current president had a history of making derogatory comments (at minimum) about women, it was written off by some as “locker room talk.” Well, I’ve been in a few locker rooms, and to be candid, I would not have found what he said to be particularly unusual. Many men talk that way, even men who do not act that way. Sometimes it’s to be accepted by your peers, or maybe it’s the talk of an “alpha-male” establishing his territorial imperative. In any case, psychology tells us that such talk is the result of repressed energies, poor self-image, and low levels of emotional intelligence. 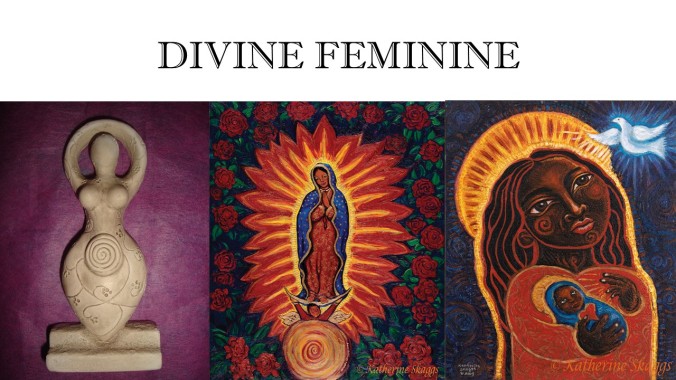 A mythologist could tell us the expression of archetypes like the immature Warrior or the unrealized Lover or the negative Destroyer (LINK), which, without the Divine Feminine are emasculated and weak. We are supposed to grow to a place by the time we are in adulthood where these archetypes are maturing in a healthy way, but there are few models and traditions for men to follow in this regard. As a result, we end up with men in midlife and even old age who are still immature. They are the unrealized hero, still fighting the battles of youth rather than becoming the wise Ruler and Sage.

“There are two aspects of the hero, I think. The hero is somebody whom you can lean on and who is going to rescue you; he is also an ideal. To live the heroic life is to live the individual adventure, really. One of the problems today is that with the enormous transformations in the forms of our lives, the models for life don’t exist for us. In a traditional society – the agriculturally based city – there were relatively few life roles, and the models were there; there was a hero for each life role. But look at the past twenty years and what has come along in the way of new life possibilities and requirements. The hero-as-model is one thing we lack, so each one has to be his own hero and follow the path that’s no-path. It’s a very interesting situation.”

We must do better, and we can do better. Boys and young men need models of appropriate manhood – where women are seen both as equals and as partners, and where relationships are based on love, support, and deep connection. Our practice as men must include a conscious radical self-inventory to see where we may be part of the problem, even unconsciously. The gifts that we in New Thought have in making this shift are the spiritual principles and technologies that we know and are learning more about.

That said, we still have a primal nature which is not to be seen as a source of shame, but as something to channel into positive expression. Spiritual growth is often about transmuting primal energies into refined energies, and our sex drive is no exception. Healthy, sexual energy becomes creativity, loving relationship, and beloved community, while being directed to procreation where appropriate.

“If men and women often seem unsuited to one another, maybe it’s because they have different emotional realities and speak a different emotional language.  For many years, I found it hard to understand the feeling systems of men; I didn’t believe they were vulnerable and I empowered them in a way that didn’t acknowledge their fears and feelings.”

We men need to do our work, and we need supported from women. This support can be in the form of seeing men through the eyes of potential and encouraging the increased expression of that potential; while finds ways to communicate our failures to do that in ways which encourage change, not defensiveness. And women may help shape the acculturation of boys in more positive ways, both by imparting a respect and love for the Divine Feminine, and by finding better adult male role models. Also, women can teach boys (and men) what women experience when men fail to be empathetic and emotionally mature (LINK).

Your comments are deeply appreciated.

I have the honor of participating in the

BE THE VOICE OF POSITIVE CHANGE TELESUMMIT (LINK)

beginning on October 16th. Join us for this free event. 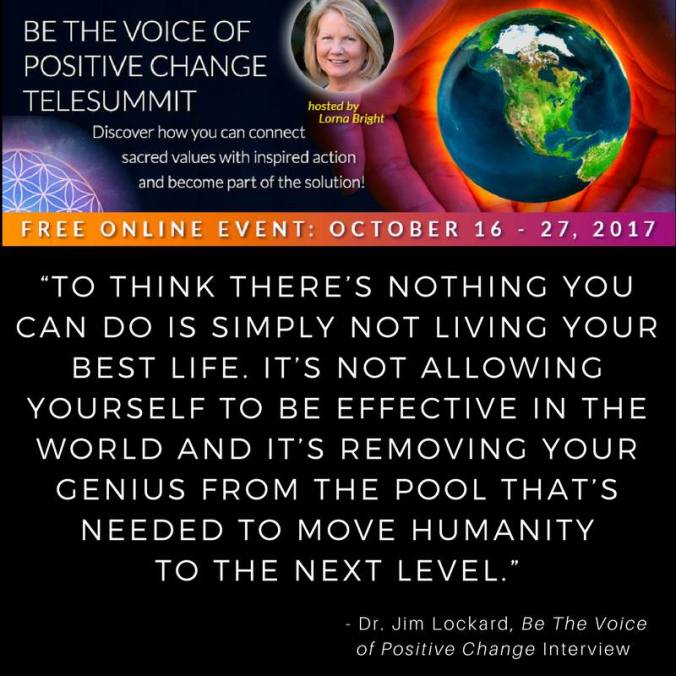 9 thoughts on “MEN AND THE NEED FOR EMOTIONAL INTELLIGENCE”